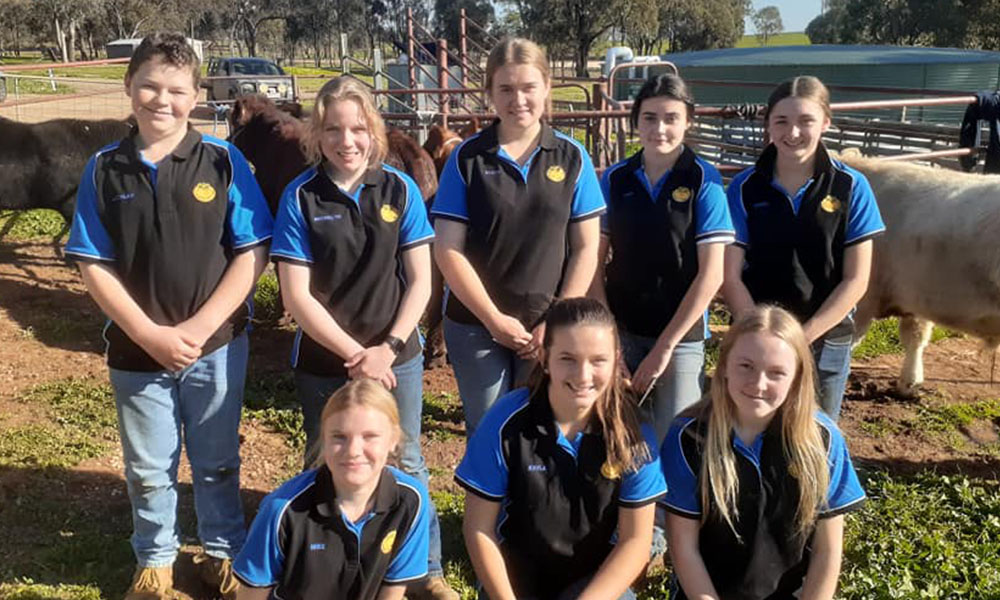 The Competition was streamed live so that it could be viewed by everyone.

In the Hoof Competition our results were as follows:

The Hook Competition was then held and the results released. 137 animals were entered and our results were very consistent. We achieved the following:

The Borthwick Trophy is an event which has been held since 1953 and is a prestigious trophy. It is for a team of three pure breed steers and is a highly sought after trophy for individual breeds. This year Rutherglen High School represented the Australian Shorthorns with an animal donated by Spencer Family Shorthorns. And what’s more, we were part of a winning team with the Australian Shorthorns (328.09) beating the Angus (320.15) and the Herefords (317.06). Other breeds which were part of this completion included Murray Grey, Charolais, Red Angus, Shorthorn, Red Poll, Maine Anjou, Speckle Park and Limousin. It was a great effort by the breed and we would like to thank David Spencer and the Australian Shorthorn society for supporting the school.

When there is so much uncertainty around, and constant changes to your routine, it’s hard…

Copyright Rutherglen High School 2020 - All Rights Reserved
Back To Top
×